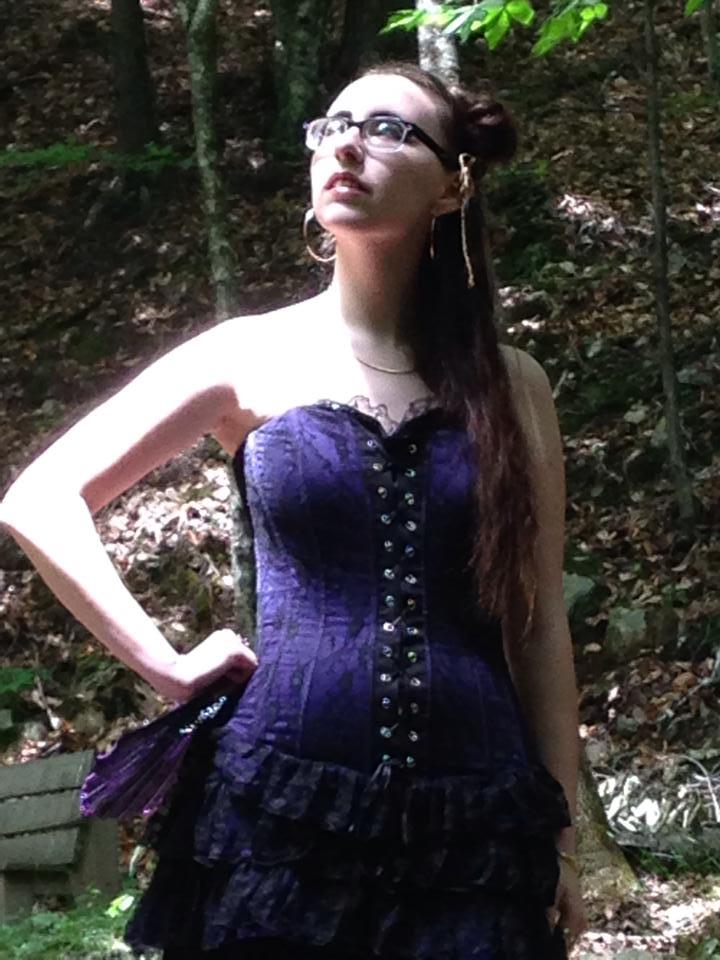 Living Situation: Lives on the island of Nyxiana (one of the many small islands that surround Paorr) with her family.

Cecelia is an illegitimate child of one of the elite class Counts, but he has denied her existence until only recently when he allowed her to take his last name as her own. This is because to his recent contraction of Chlamydia, due to his various sexual escapades with different people spanning across the classes. As such, he is to die soon and named her, his oldest child, his heiress and once he dies, she shall become a Countess.

Her mother is the leading pediatrician on the island of Nyxiana, and her brother is training under their mother to take up the medical business at the island's hospital. Her mother had met Count Turner when he traveled to the island on a vacation, and he had seen her as she was taking a walk along the docks. They clicked, and for that summer, the Count strung her along with false promises of marriage, and bedded her the night before he went back to Whitehaven.

She became pregnant with Cecelia, and sent word to the Count of her condition. He appeased her by sending bi-monthly sums of money to support her, since that was his first child. But other than the bi-monthly payments, he had no other contact with Corinne. As such, she met and married a wealthy water merchant named Robert Helmsby, and they had Cecelia's brother together. Robert died at sea when Liam was 13, and Cecelia was 19. Corinne resolved to never marry again.

Cecelia has a very special eye condition: one eye is black, and the other is a very light gray, almost seeming silver. She was born with a disease that heightened her instincts and senses, all except taste and touch. Her mother named the disease after Cecelia's middle name, Artemius. Because of the disease, she was a very hyperactive girl and would rather be out exploring the pine forests of the island than sit at home and study. She was a bit of a tomboy as a child, but matured into a woman with a strong will and sharp intuition; skills that she uses in secret outings into the city on Saturday nights to participate in underground cage fights, in the female division, of course.

Her weapon of choice is a long, double-ended taser that has varying levels of voltage. She is also good with her high kicks, and her signature/finishing move is called 'The Shooting Star'. She sharply electrocutes her opponent, then sends a high kick to their chin from below while sending a higher electric bolt at them; this usually knocks them out for at least an hour. The visual effect is like that of a shooting star, hence the name.

Her attitude about her new position as heiress of the Turner family is a cynical and bitter one; she sees no reason why she of all the Count's children was chosen to replace him as the Head, but plans on using the position to better the island of Nyxiana. Although the lush island has a rich culture steeped with folklore and craftsmen, the technology available there leaves much to be desired. She plans on opening a new trading proposition with Gearford to have more advanced technology brought to the island in exchange for the works of art that Nyxiana's craftsmen are so skilled at creating (ex. textiles, sculptures, jewelry, & paintings).

The island itself is situated off the northwestern coast of Paorr, and the country's landscape is much like that of Scotland and Britain: hilly, lush green land, and ready access to the coast. In the center of the island, though, there is a below sea level hot spring that attracts many tourists and is one of the main sources of income for the island's overall economy.

The island's leadership is much like that of a Cherokee tribe: a male leader, but there is a council of 'wise women' who advise him to make decisions that will make the island a better place. There are five wise women, one from each district of the island:

Alongside the hot spring, there are also temples for the Oephelian religion that are at each point on the compass, one for each different class/district on the island. Each one corresponds to the colors of each district, with red in the South, green in the North, yellow in the East, and blue in the West.


Latest in Library View All

Cecelia never did truly like to play by the rules. Her brother knew this, and so did her mother. That didn't mean they liked it, though.