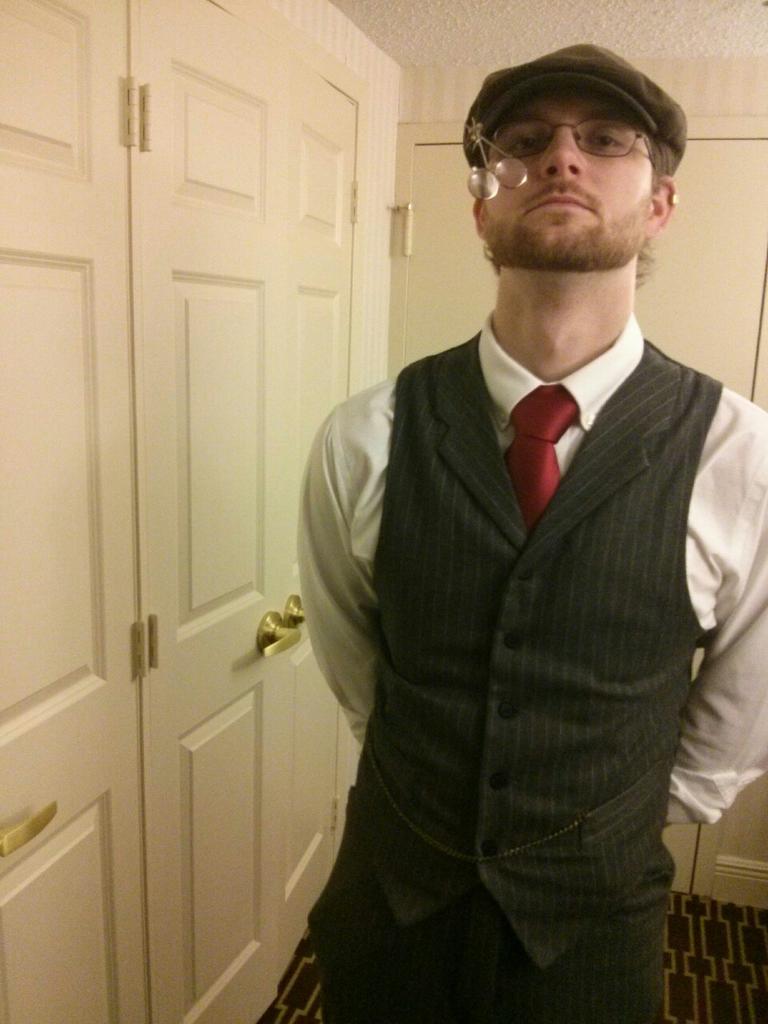 It had become a constant, permanent entity. The slow periodic hissing. Almost as if it was counting down the seconds of his life. The great engine rumbling and bellowing beneath the boards of his cage. How many days had it been? Judging by the pain in his stomach, at least four. He had little time left. Without his treacle, his body had begun to reject his implants. He had to find a way out. Suddenly a quiet scratching. A faint squeaking. Could it be? Had she survived?

Lexi had been sleeping in the medical bag she favored so much. The strange concoctions creating a scent unlike any other. She was dozing when the first screams broke the silence. Gunshots rang out through the camp. Peering out of the bag, a scene of carnage unfolded before her. The raiders were not interested in the goods; nor were they intrigued by the vast wealth. Their one goal; people. Fires raged as, one by one, the merchants and their families were bound and dragged into the darkness. Her master was gone. Fear overwhelming her, she cowered deeper into the medical bag.

Marcus sat up immediately. Pain pierced through his stomach, but he paid no mind. His hopes soared as two tiny ears poked their way through an opening in the wall. She had survived! There was a chance now! Lexi made her way between the other holding cells, finally arriving at his cage squeaking with glee. Only through years of maintaining an emotionless exterior did he not immediately begin to cry at the sight of her. Lifting her gently, he almost began to laugh uncontrollably. There, dangling loosely around her neck, was a small potion bottle. His emergency treacle.

The door slammed open as the raider saddled with feeding duties made his way into the room. Marcus slowly opened his eyes. He had slept as best he could. Saving his strength for this one moment. The treacle had been enough to settle the pain from the foreign organs residing in his body. However, the effects would not last long. He had this one chance. The raider made his way from captive to captive pouring an obnoxious smelling sludge onto the floor of each cage. Marcus slowly moved closer to the edge of his enclosure. The raider approached, scooping up another glob of the foul mixture.

With an unreal speed born of desperation, Marcus lunged forward snatching the wrist of raider. With a violent twist, the raider was brought to his knees. Before he could react, Marcus had his hand over the mans face. A small moment of hesitation was followed by the pulse of electricity. The raiders eyes rolled back as his body convulsed under the intense current. It lasted for only a few seconds, but it was enough. The raider was dead, but the organs which had provided this gift immediately ruptured. Pain coursed through his body with almost blinding intensity. Fighting to remain conscious, he fumbled around the dead raiders pockets in search of the key.

Having been fascinated with the inner workings of the human body from a very young age, it seemed only fitting that Marcus would attend the most prestigious Heimskog Academy of Natural Sciences. There, he made incredible advancements in the field of organ transplants. However, his curiosity did not end with the exchanging of human organs. He intended to go beyond the limits of the human body. What better way to achieve this than to harness nature's incredible creations.

After years of research and failed experiments, Marcus finally succeeded in transplanting an organ from the Electric Eel. However his research was immediately canceled when his superiors discovered where the organ was placed. Marcus had successfully transplanted a foreign organ into his own body, enabling him to harness a small amount of the natural electricity generated by the organ. This success did not come without its drawbacks. In order for the body to cease rejecting the foreign organ, a mixture called a treacle must be consumed at least twice a day.

Since leaving the school, Marcus has become a doctor for hire. Traveling throughout the lands in the hopes of discovering new flora and fauna to fuel his new experiments. He is accompanied by his miniature fennec fox Lexi. The only living creature Marcus seems to have affection for.