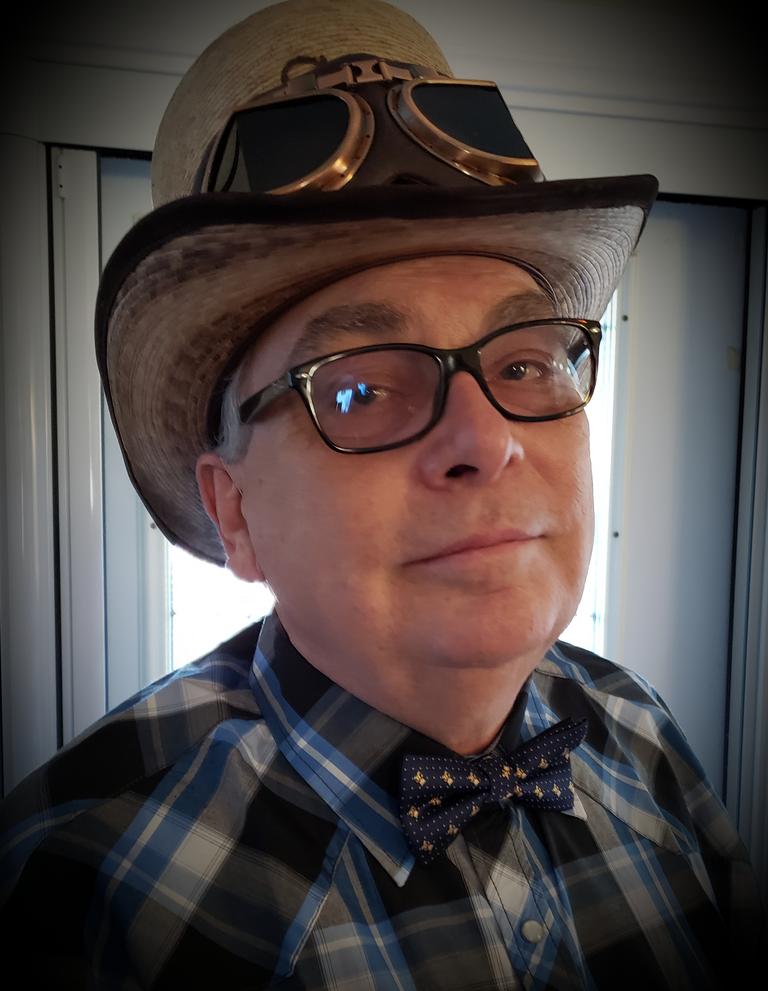 Sean Finian O'Brudhear is the halfling offspring of a Yeti mother from Manenlande and a human father from Nyxiana. Born on 43 Moghs in the Dodar of 1869, he is 30 years old. He is 6 feet tall, which is tall for a human but on the short side for a Yeti. He has his mother's red hair, but as a halfling, he did not inherit the vestigial tail of the Yeti.

From his father, Sean Finian inherited a certain rebellious, but nonetheless industrious, bent,  a fondness for whiskey and tea (but not at the same time), and a talent for the blarney.

Sean Finian’s mother, the lovely Margaret Elizabeth “Maggie” Mickle is the owner of Mickle’s Pickles, which makes some of the finest pickles in Adelon.

His father, Dougal O’Brudhear, is a merchant, primarily an importer of pickles into Nyxiana and an exporter of Nyzianan craft goods back to Adelon.

Sean Finian is a nicely dressed, albeit not extravagantly dressed, gentleman. He wears the ubiquitous topper adorned with goggles not because he intends to use them (“Sorry, but I cannot picture myself going out into the desert”), but because they help him blend in with all manner of occupations and classes.

Sean Finian O'Brudhear is a street magician, mostly self-taught, but he did spend some time among the street performers of Nyziana in his formative years.

As a street magician, Sean Finian has developed very nimble fingers, which he combines with an extended sense of personal property.

"What's mine is mine, and what's yours could quite possibly end up as mine, too," he is fond of saying, but only to himself.

His politics are, of necessity, fluid, but his love for pickles is absolute.

Sean Finian O'Brudhear and the Bowl of Brown Stew

Written for FLASH Fiction Challenge- Food but it ran long, and the writer was so enamored of every word that he was loathe to cut it.

How Sean Finian O'Brudhear Came to Gearford, Part the First