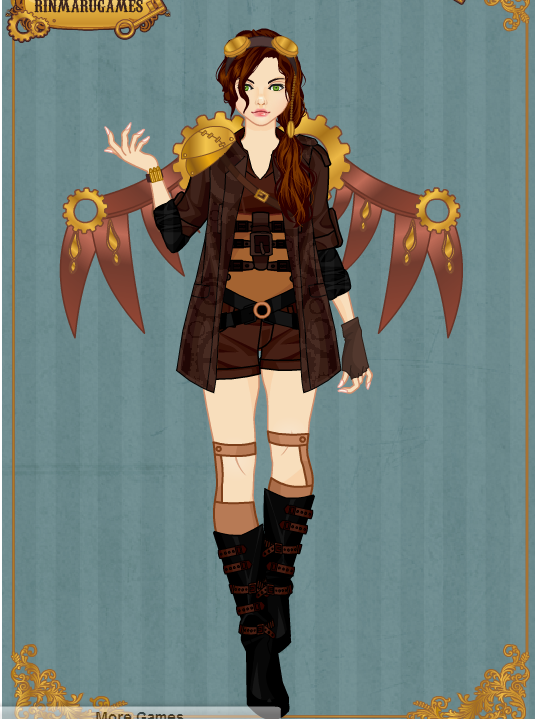 Current Residence- Leonora as of recently resides in the Gorm Scáthán Region of Nyxiana with her mother while her brother is currently being trained in the Antiford Military Academy.

Lenora or otherwise known as Lennie by her comrades and family has always had somewhat of a knack for inventing. She was very rebellious and a complete tomboy, besides getting in trouble with the bobbies or 'tin men' as she called them, she could only find comfort in inventing like her father even as a kid  when she lived in Kuu with her entire family she had always been completely infatuated with the fact that her father was an inventor, one working for the Ministrey of Peace as a Arms Manufactorer no less! She would hover over her father in his workshop through many hours of the day picking up tips he would give her as he reached obstacles in his work.

Once she was old enough her father started mentoring her in the craft and she was soon exceeding his expectations all together. She would even be seen giving him some tips that he had given her in the past as they worked side by side developing blueprints and scale models to be later made into the real thing. One memorable invention they had planned to make was a pair of steam powered wings, they had everything in order to begin the project, but then tragedy struck. Her father had developed an extreme case of polio which had rendered him unable to move and bedridden until the day he passed away in his sleep. This hit no one harder than Lennie, she not only had to put all of the work into her own hands but she had to mourn the loss of one of the most influencial people in her life. Her last promise to him was that she would complete their last project together. Leonora's Wings.

To add to this grieving loss, her mother Rosemary a teacher with whom Lennie had never connected well with had been requested to transfer from her current position at a school in Kuu to one in a small island named Nyxiana. Her mother had always wanted to have a proper lady as a daughter, although she knew this dream would never be a reality due to their class, so she put Lennie and her brother Cyrus through unbearable manner lessons and training until her brother left to be trained at a military academy. Suddenly Lennie's world was spiraling very quickly, she had to pick up and leave an area she was so entirely familiar with to go to unknown territory for her. Her only safe haven being a small and shabby workshop her mother had purchased her in Nyxiana knowing she would act out without the escape. And to this day she still works on the project she promised her father she would complete, making quite a name for herself in the town as one of the only inventors known in Nyxiana

Lenora's mother had given her a diary to help cope with their sudden relocation to Nyxiana and the loss of her father, Solomon. Except Lenora has some other plans on what to use the diary for, she will be writing to her father as often as she can regarding her antics as of late and her progression on their final project together. So without further ado I present to you Lenora's Diary.