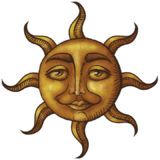 Leo Swift, son of Arthur Swift and Lady Sarah. At the early age of eight Leo lost his father in a murder full of conspiracy. In one night Leo was robbed of his family, home and all he knew. The small child ran away that night, into the large desert. A week passes and he was presumed dead.

No one heard from Leo for eight years before his powerful return shadowed in mystery. Sixteen year old Leo was found with a steam bike assisting an Antifordian General and his dwindling patron of soldiers. General Elijah Gray stated in his report that Leo “Despite his age the boy fought like a skilled gunslinger. Dashing from one demon bandit to the next faster than I could reload my rifle. By the time I was ready to fire again, and the dust cleared the only thing on the battlefield left standing was this angry boy from the desert, dressed in well fitted clothes.”

General Gray recurred Leo in the Antifordian military. Leo was able to skip most trading, due to his excellent fighting skills but was held back because of his reluctance to obey authority. Not out of purposeful rebellion but out of interest in doing things his own way.

During his first mission General Gray and a airship full of other soldiers were sent to investigate and take down a demon bandit outpost. Gray quickly found out that the information they were given about the bandits numbers and weapons was severely miscounted. A terrible battle ensued where only General Gray and Leo Swift made it out. This was a notable day for Leo. It was this moment where he felt disgusted for the Antifordian Technocratic government. General Gray who also felt uncertain for the government recommended Leo switch his military contracted and move over to a new branch revolving around bounty hunting.

Leo took the job and now fly’s in the sky aboard his ship the Camum Navis. Still technically enrolled in military but has rarely done work for them. From age sixteen to twenty Leo has had many adventures fighting the worst of the Antifordian criminals. During his eighteenth year Leo had a photographer and journalist on the ship to record his bounty’s and have them in the newspaper. These series of twelve articles made Leo relatively known among the Antiford and Push regin.

* Leo is infamous for being clever but irrational, finding the most obscure way of solving a problem.

* Leo is also known to making his own weaponry and gadgets, he even invented one of the most successful and powerful energy based gun in Antiford with the help of Phinneus.

* Leo can be seen as Chaotic Good, while leaving a trail of light destruction in his path it is all for the good purpose of putting a criminal in Jail. He prefers to not kill people.

* Leo is also a free spirit, sort of speak. He is "self employed" as a bounty hunter. ( His job IS under a branch in the government but the Technocrats barely spent time into working out the bounty hunter position so it's extremely lose.) He enjoys it because he can use his adventuring skills. This keeps him from serving directly under the government which Leo does not care too much for. You can see his tie to military from the way he dresses, but he keeps it loose enough to his liking. It is not uncommon to see Leo in a variety of outfits whether piratical or stylish.

He has a character arc in progress so stay tuned and keep reading!

Trainwreck of a Story

Pieced together via a party game.

A Tale of Love and Hardship ( working title )

James, a man who lost everything but his daughter must risks everything to find her a safe home.

( New kind of style of story I'm going for here, let me know what you think )

A Mission for the Baron

by The Baron Nester Delgado of Argenstrath and Captain Leo Swift

Leo Swift and his crew have been hired by an unexpected client. The Baron Delgado has an important mission for the crew of the Caelum Navis. Should the brave captain return with the infamous cannons, The Hounds Lash, he will be greatly rewarded. Not with gold or jewels, but something far more valuable to Swift, his past.