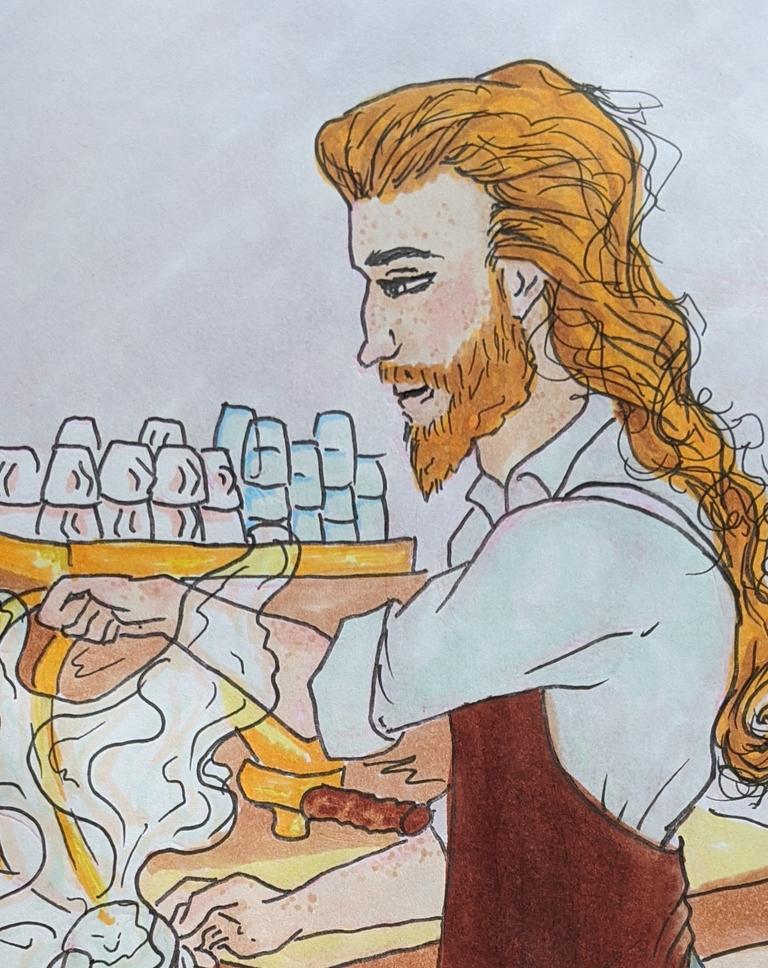 Occupation  | Owner and Manager of The Gargoyle Cafe

Ely attended the Culinary institute in Kagested from 1891-1895.  He majored in cafe management with a specialty in espresso arts, having apprenticed at this time with the inventor of the espresso machine (1884). Once his studies were over he moved to Astem, were he had inherited a storefront from his great-grandfather.  The  shop was in disrepair, as no one else in the family had cared for in in the ten years since his great-grandfathers death.  Taking the better part of a year to attend to the renovations to the property, which was once an antique shop of sorts, Ely opened hi cafe in the Aderfod of 1897.  The Gargoyle becomes a very popular cafe in a short span of time.

Ely lives in a flat above the cafe.  He has a green thumb alongside his culinary and coffee skills, and has a greenhouse on the roof.  When not working he spends his time tending to his plants, listening to records, taking care of his pet lizard Lucy, or  spending time with his boyfriend Alec and their friend Milly.

Back in Drefthor he was raised by his single mother, in Velhaven. His mother is close with her sister, so he grew up alongside his cousins, Adalyn and Bernadette. Adalyn (two years younger then Ely) attended university to study airship navigation, and now lives in Hjem, where she is hired by adventurers and traders to navigate the world.  Bernadette or Nadette (one year older then Ely), is a skilled mechanic, she worked for a few years at the factories in Fjyrhull, before also moving out to Hijm to work on more interesting ships, and meet more interesting people.

Here are some picture of my character Ely.  Hope you like them!