Perch Ball can be played anywhere but is usually played on the topside/flight or hanger decks of any large to medium size ship.

On a 28 by 15 meter court two horizontal bars 3 1/2 meters up called the perches . There is a vertical line separating each team field of play.

The ball is slightly egg shaped ball with a 10" length by 9.4" width most players like to hold it with both hands.

The objective of the game is to score more goals than the other team with in the 50 minutes of game play divided into 25min half times. You score goals (6 points) when you team pigeon is touching the perch and drops the ball out of vertical boundaries. When the pigeon touches the perch (goal or no goal) they will now have to go to the other for another goal side or prech for another attempt. Another way to score is having your runner punt pass the ball to your crow that has crossed on to the attacking side (2 point) if the opponent's crow intercepts the ball they score (1 point). You get 3 punt goals or attempts before you have to switch ends to attack.

1 Carrier Pigeon who is tethered to a balloon to be just above the perch. The wear helmet and pads.

1 Runner who guides the pigeon to the perches. They can't move forward unless the pigeon has the ball. They have to stay on there side of the field. Usually a bigger stronger guy wearing a weighed vest

2 Crows 1 on each perch(2 crows on a prech 4 in total). The last line of defense. Their objective is to stop the Pigeon from dropping the ball to score by stealing or knocking it back in play.

5 to 3 fielders(6 to 10 total) who's job is to move the ball from the opponent's side to their side and pass it to their pigeon. Fielders can switch places with Swatters but no more than 2 and only when the ball is out of play.

2 to zero Swatters (0 to 4 total) . Their job is to knock out ball from the pigeon with long broomsticks. They have to stay on the opponent's side at all times. It is very important to try not to swat your own Crows.

When a player is tackled with the ball and movement has stopped the play is called dead. The team with the ball last is forced to punt the ball with all fielders behind them.

If the ball or player with the ball goes out of bounds the other team takes possession by throwing the ball back in play.

When a Pigeon no longer has the ball the Swatters cannot continue to beat the Pigeon. One or both Swatters will have to sit in a penalty box for 2 minutes if caught doing so.

When a swatter hits another player with the staff of his broomstick. 2 minute penalty.

When a swatter hits another player with the non broom end in a stabbing motion. The swatter ejected from the game.

A Brush check is when a Swatter hit a player other than a Pigeon with the ball or a Crow with the broom end. Most of the time a warning will be given others a 1 minute penalty.

One of your Swatters can hand off their broom to your crow for one minute. They can only do this when your team is in possession of the ball on the opponent's side of the field and can only do this twice a half.

Most teams choose to play with at least one Swatter but a technique to knock the ball out before the other team reaches one of the perches is a play called "Attack Pigeon" where your team forces their runner upto the center line while your runner times it so they (only can move laterally) rushes and tosses your pigeon to knock the ball out. If your pigeon retains the all they will have to pass it to a fielder before the ball is brought on your side. This can be a bit of a risk because if the play fails the other team if they have Swatters will Crow bashing your team and easily score.

Crows are not restricted to stay on thier opponent's side of the perch but they can be easily crow bashed if they do cross.

There are four types of perched fights.

Neutral fight- where the fight is in the center. 1 minute penalty for each Crow.

Crossing fight- where on crow is far into the other side. 1 minute penalty for intruding crow.

Armed Crow fight- where a armed crow attacks an unarmed crow anywhere on the perch. 5 minutes penalty to the attacking crow.

Dueling Crows- is when both crows are armed and a fight anywhere on the the perch go on. 5 minutes penalty to each crow.

pictures of the game 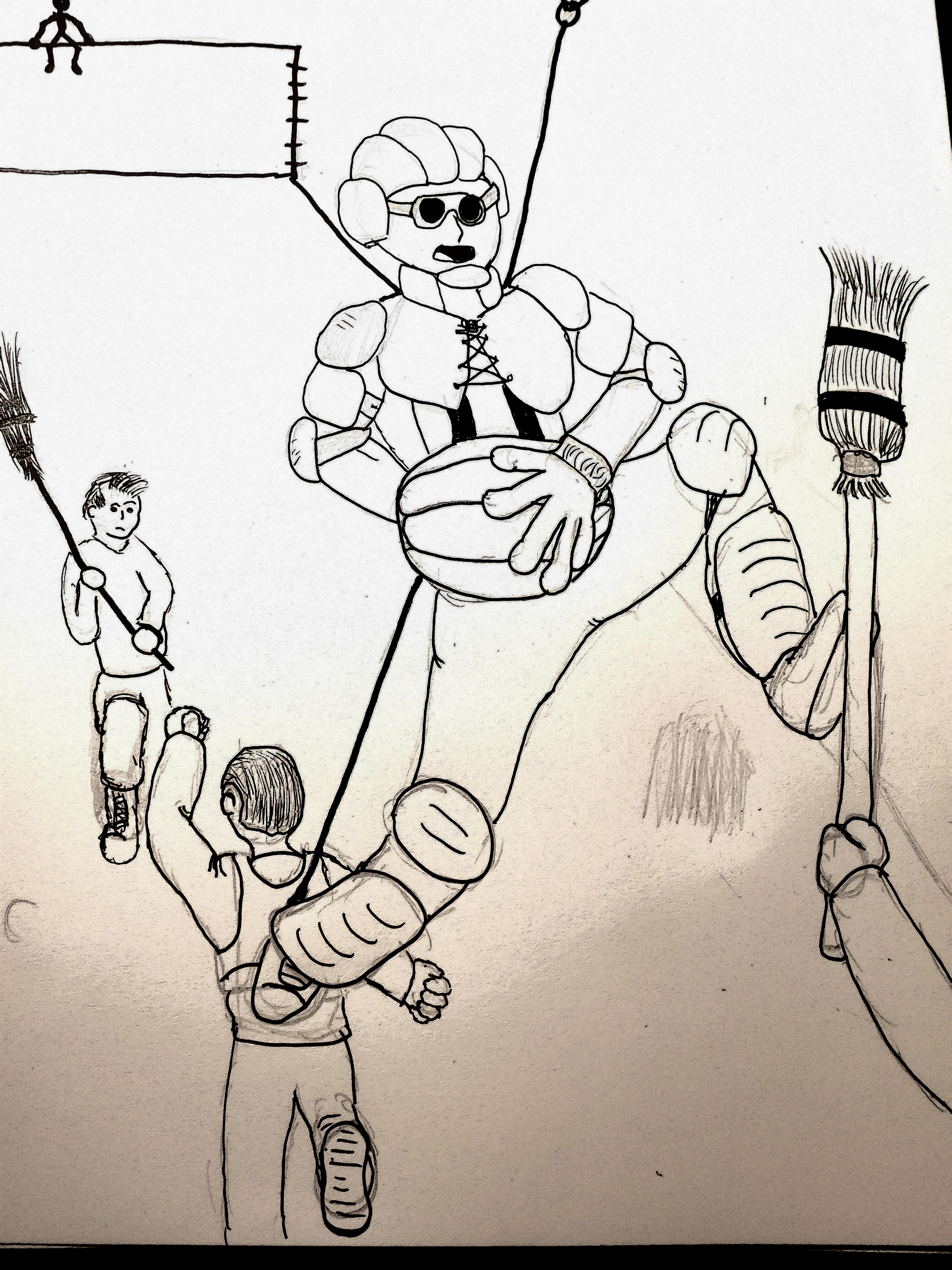 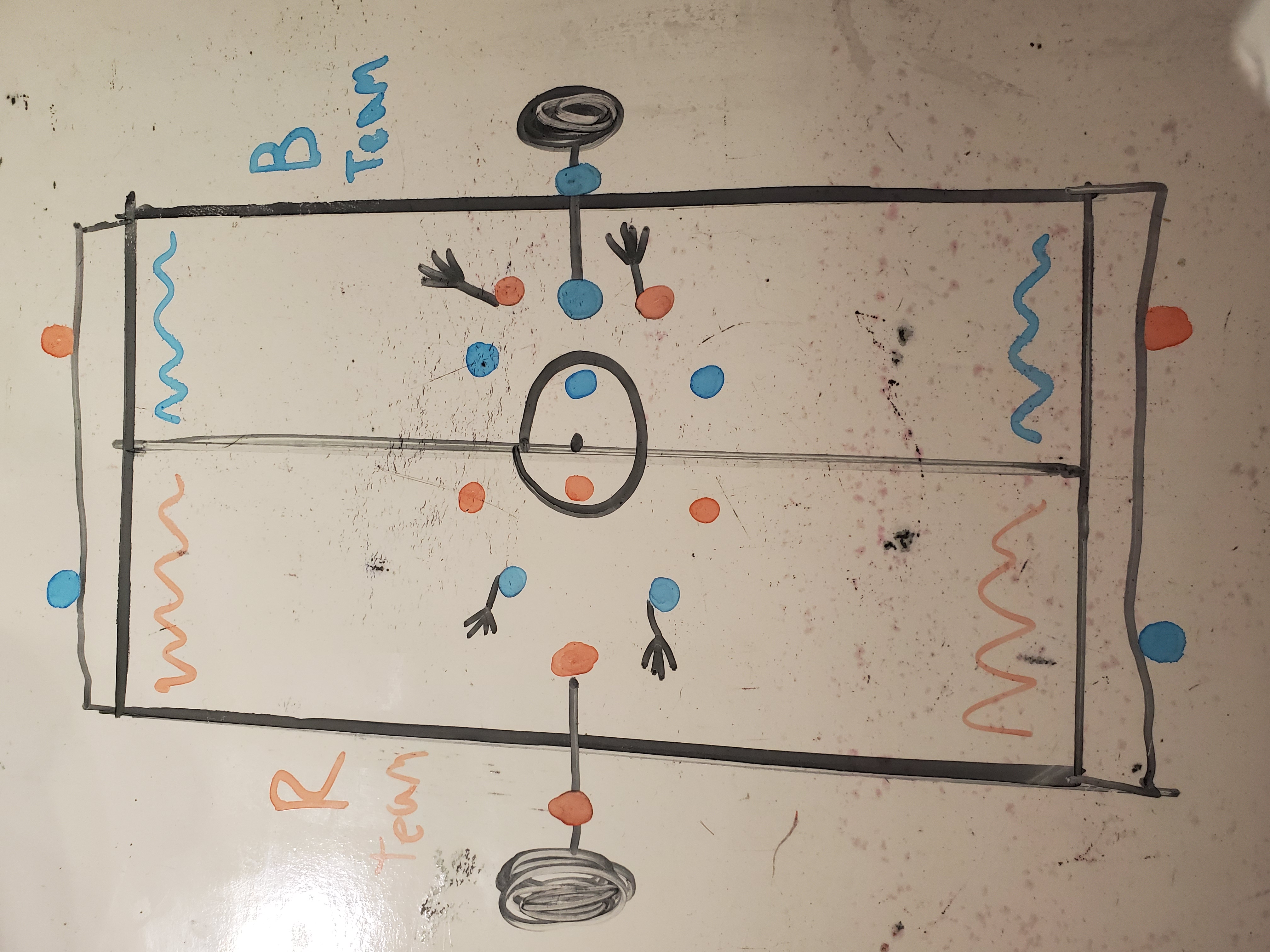