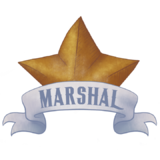 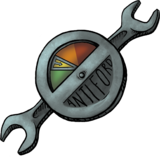 Astrid is the second child of Eirik Felson and Bronwyn Holt Felson, born 5 years after her brother, Aedan. Born into a prominent family to parents who are both high-ranking military personnel, Astrid’s childhood was saturated with the stringent behavioral guidelines and elitist culture inherent to aristocracy.

While grateful for her family’s affluence, Astrid never really felt comfortable in the social circles by which she was surrounded and had few friends, resulting in her cultivating a very close relationship with her brother, who inspired in her a love for fairy tales, folklore, and the paranormal (an interest they shared with their mother as well).

When she was 7, Astrid’s mother fell sick with an unknown illness. After a few unsuccessful years in the hospital in Hjem, she was sent to Argenstrath for specialized care. Astrid and Aedan used to visit her every other weekend, despite the long boat rides. Some of Astrid’s favorite memories were from that hospital, sitting next to her mother’s bed and listening to Aedan read fairy tales and ghost stories aloud to them. Their mother’s death hit Aedan especially hard.

When Astrid turned 8, she was betrothed to the son of a family friend, Ronan Westergaard. While neither children were exactly fond of the match, they quickly became friends after a hunting trip lead them to acquiring a Moon-Faced cave bear cub, (later named Arten) which eventually became Astrid’s favored pet. Astrid and Ronan were contractually betrothed when she was 13, and engaged at 15 (see Yeti Marriage if you are confused by this long, old-fashioned, and frankly redundant process).

As a curious and overactive child, she caused a lot of trouble with her governesses (which never lasted longer than a month). Her education, therefore, fell to her mother and older brother, who inspired her at the age of 9 to take and pass the entrance exam for Hjem Military Academy.

Due to the trouble they caused together, Astrid's father made sure she had little time to spend with her friends. So at age 12, she also began an apprenticeship at the National Archives in addition to her studies at the Academy in order to keep her busy during after-school hours. Her skill and love for the work assured her a permanent position in the archives by the time she was 15.

She planned to attend the University of Hjem upon completion of her time at the Academy to continue her education as an Archivist and a linguist; however circumstances lead her to postpone secondary education.

When personal expedition to the seas north of Titania left her (sort of) widowed, Astrid abandoned her life in Hjem. She started over in Argenstrath, working as a secretary for a homicide Detective Grimwall. Searching for her place among the strange desert culture, Astrid also gets involved in Argenstrath's most infamous organized crime syndicate.

{P.S. Sam Mr. Buford, I dedicate all of these hyperlinks to you.}

Read, read as fast as you can!

Let's waste some time together

The Woman On The Platform

Itinerant, No. 1 // This city only has two kinds of people: those who are thirsty or desperate and those who want to keep them that way.