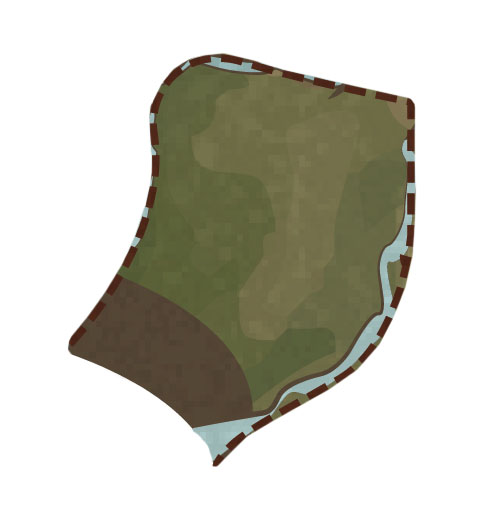 Clarusia is divided into 5 provinces, each of which are separated into 4 counties.

Large population spike between 1790 and 1850 when population quadrupled. The majority of the populous is contained in the three major cities (Sela (capital and largest port city located on coast approximately halfway between the two river outlets) (~1.5 million), Citusa (located halfway up country on the Citus River) (~1.1 million), Prolixa (located at the mouth of the delta on the border of Kanterbury Empire) (~1.0 million)). Approximately 2.3 million more live outside of these major cities.

The senators may only be elected for the counties in which they reside, be over 30, and must have a minimum of 4 years served in non-political civil service or military service. They are nominated by the party and elected by popular vote. Three senators serve for each county. It is required that they represent the three most prominent singular political parties.

The president must be over 35 and must have a minimum of 8 years non-political civil service or military service. They are nominated by the party and elected by popular vote.

There is also a judicial branch. One judge is elected for each province. Judges are nominated by the president and elected by ⅔ vote from the senate. They can serve a maximum of one 9 year term.

Wood, charcoal, steel, copper, machinery, and firearms are the major exports. Major imports include cloth, sugar, and tobacco. The train system, and other public transportation, in Clarusia is surpassed only by that of Antiford.

In addition to substantial resources and industry, Clarusia is also home to the Library of Demitrius. This has led to the formation of what is considered the finest university on Orr, The Academy of Demitrius.

All male citizens are required to serve a minimum combined total of two years of civil service, of which at least one year is military. Each citizen, between the ages of 18 and 35, is also eligible for a personnel draft in times of war (when approved by ⅔ Senate vote). Since the majority of male citizens have had some military service, a large army can be raised in a short time, with limited resources needed for training.

Their military is quite advanced, technologically speaking. Some of the finest firearms and artillery are produced in Clarusia. They also control the most impressive mechanized infantry. Clarusia’s Navy and Air Force, however, are not very well developed. Though they utilize many of the newer technologies, they have little need of them beyond troop and supply transport.

Despite the vast strength of their army, they have remained a neutral party in the majority of conflicts for the past 125 years. In that time, they have been involved in two major engagements. The first was a territorial dispute with a neighboring country that was attempting to seize land. The other ended a conflict between two other countries that was threatening to destabilize the region. The Clarusians involved themselves voluntarily, and within one week of their entry, both sides were at the negotiating table. The Clarusians never even fired a shot.