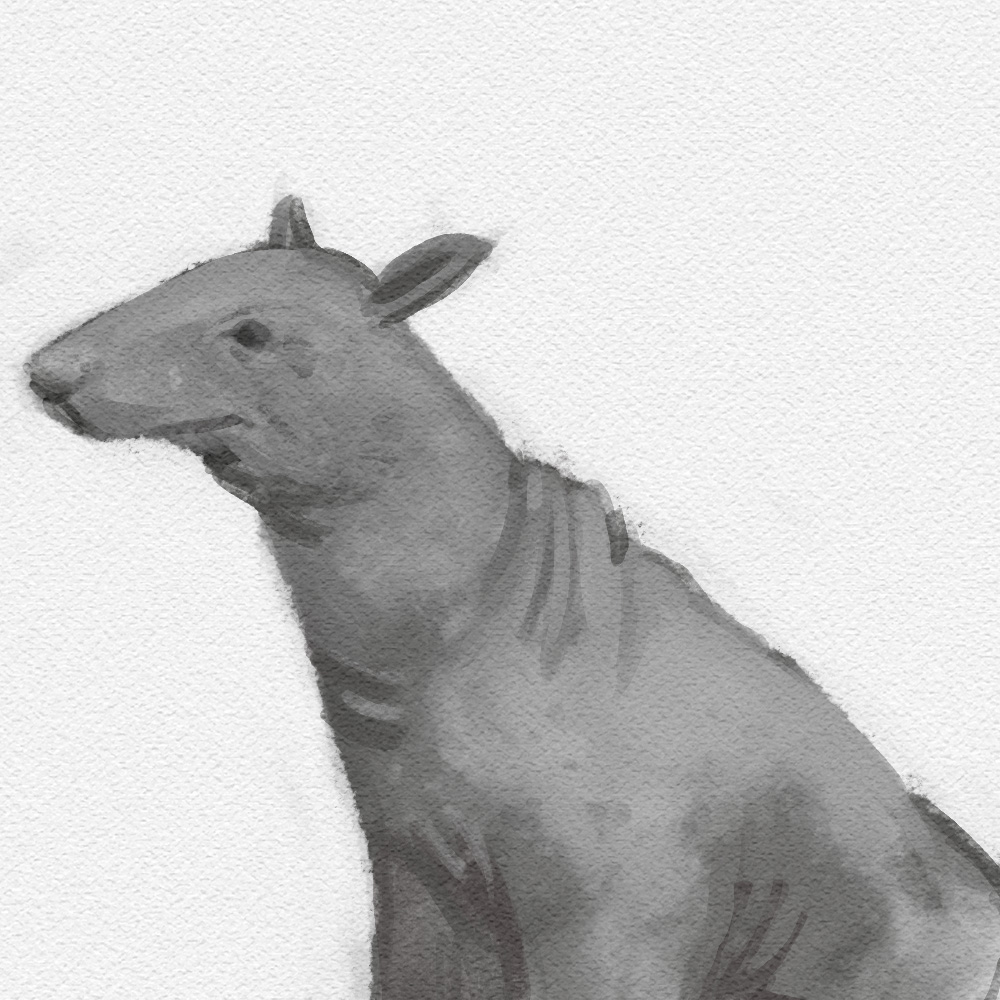 The baaor is a large land dwelling omnivore. It stands, on average, between three and three and a half feet when on all fours and up to seven feet when reared on its hind legs. Males weigh anywhere from two hundred fifty to four hundred pounds and females between two hundred and three hundred pounds. The baaor's skin is a thick hide to protect it from its surroundings, but is otherwise sparsely haired. Under the skin is a thick layer of fat that protects the baaor from the cold weather.

During the warmer months the baaor will eat fruits and fish. When the weather begins to get colder, they focus on a fattier diet of deer, rabbits, and occasionally viaak. Males will often weigh in excess of five hundred pounds, with some truly massive specimens passing six hundred.

The baaor males are solitary and seek out mates in mid-Aderfod. The females will remain with its young for the first few years of their lives.

The baaor male seeks out a female for mating. She is then left to raise the young, which are typically born singly, though twins are not uncommon. Generally, the female will raise two or three offspring.