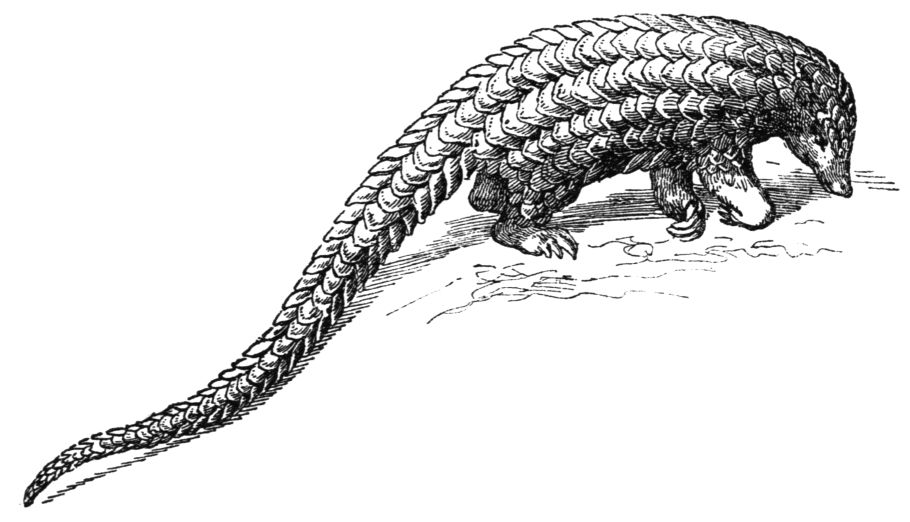 The desert pangolin is the only known monotreme on Araz. They measure roughly 2.5 feet in length, with females being slightly smaller than males. The physical appearance of a pangolin is marked by large, hardened, plate-like scales. This in combination with reproducing via egg, it is often mistaken for a large type of lizard. This is untrue, as pangolins are mammals.

These creatures are mite eaters, using their extraordinarily long tongues to pick mites out of deep colonies. Sightings of desert pangolin eating sand worms also suggest that they eat them without adverse effects.

The desert pangolin are solitary creatures, only intentionally meeting for mating. They are not territorial, so accidental meets are uninteresting, passing each other in peace.

Mating season begins in Gornnuary. The desert pangolin does not seem to have a preference for viable mates and will mate with whichever they come across first. Clutches are laid in soft sands in the first week of Moghs, and buried. The mother pangolin returns to her daily life, never returning to the clutch. If left undisturbed, clutches hatch the last week of Moghs, babies instinctively digging up towards the surface. Young pangolin often hide in rock formations until their scales harden.