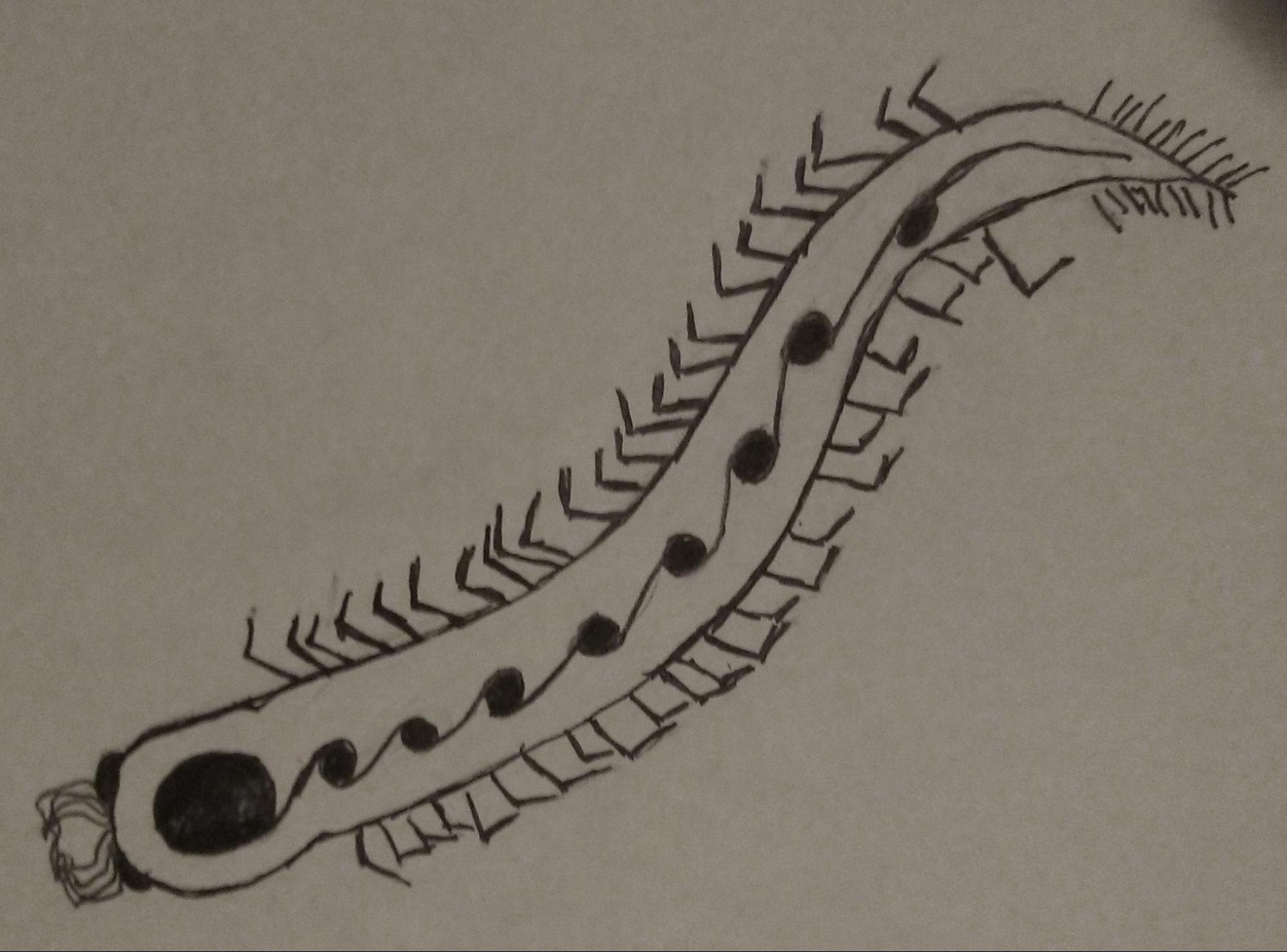 What the geovikkan's claim to be parasites of Sczyth’ogg are strange creatures taken from wells on Well Island.

They will die after hatching without host.

Those able to host them, have a birthmark on their hand

It’s a Kuuvian genetic defect from an ancient plague. They are descendants who got the sickness and survived. The birthmark (in between the thumb and index finger) is a visible sign of bloodlines that had the immunity. - this is not well researched by Kuuvians because the immunity is irrelevant and this plague is now the equivalent to a basic flu in modern Kuu. (Can only be hosted by Kuuvians with the birthmark because the immunity in these Kuuvians leave them strong enough to host the monster. If hosted by anyone without the immunity, the body dies immediately.)

The gevikkans believe that the gods have marked the targets for them. They used geovikkans first, but as this source of sacrifice is slowly depleting, they now take  unwilling hosts.

they have this ritual room and a giant stone bed in the center, raised up. they have a priest strap down the host and literally force the ungplöntur into their mouths. it starts moving into the body, becoming more fluid, and then straps onto the spine and takes over the brain.

The host is always conscious through this process of takeover (the entire process, including take-over and control. The Sczyth’Ogg can control and influence the brain like a second voice and the host has moments of rational lucidity, but rarely. These moments of lucidity or horrific to witness. Host can always feel the pain of control and decay but can only express it during the moments of lucidity. Outsiders see a schizophrenic-like person, slowly turning “Geovikkan”.) The body begins dying (physically decaying) once the creature starts to gain control over the body. (Death is slow and painful and lasts around five to six months - 2-3 Orrian months.)