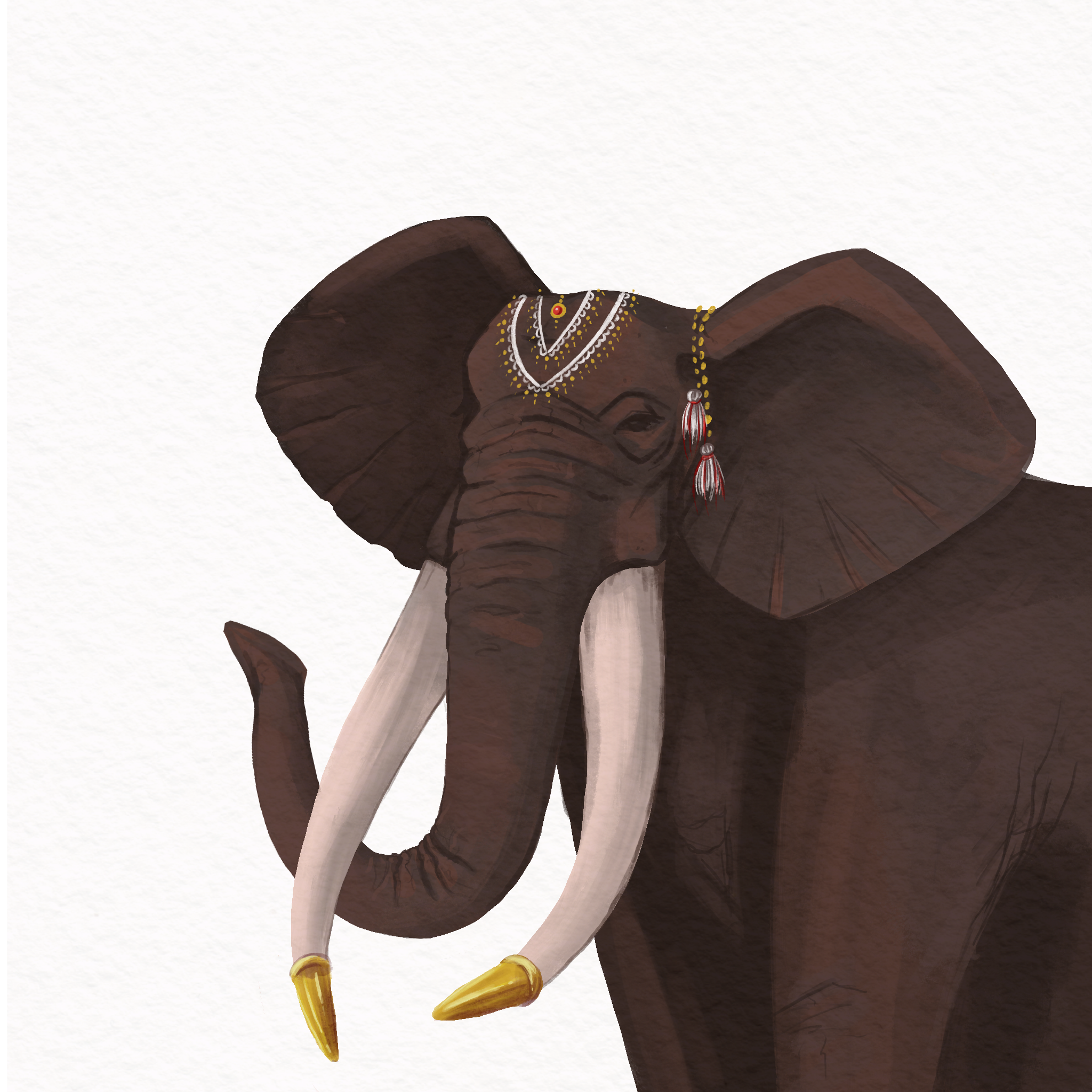 Large fauna found in central Paorr. Large ears, thick, elongated trunks, and massive tusks set them apart from most other animals. They are approximately ten to fourteen feet in height and weigh between eight and ten tons. They have unnaturally long lifespans. The oldest recorded ghaza was owned by the Emperor of Kantebury and died in 1834. It was recorded he lived 163 years.

Ghaza are herbivores, exclusively eating fruits, leaves and other vegetation. They were also known to dig up roots when in the wild.

Wild ghaza live in herds of twelve to twenty members. The herd leader if often the oldest male in the herd, who is often followed closely by three alpha males. These alpha males fight for dominance and often are the mating males in the herd. When the leader dies, his successor will often have to fight an alpha males for dominance if he is not from one of the three alpha males. Females do not grow tusks. The alpha males are the only males releasing testosterone, ensuring their fertility. However, most females will pick one, and only one, partner in which they lives with and show affection towards. They will become a pair bond for life.

Ghaza are rarely known to become sick and live long lives. This is attributed to their highly proficient immune systems. Female ghaza, when pregnant, produce a milk which is rich in nutrients and antibodies which strengthen their young. The young take between four and six weeks to ween off the milk. For the remainder of the month and a half that milk is produced the milk can be collected by humans for consumption.

Humans use the milk to give a much needed immunity boost to their young and as a treatment to help prevent sickness in adults. Yeti experience a similar immunity boost, though on a smaller scale, as well as a peculiar increase in libido and fertility. Vibranni have no proven benefit, but twins and triplets are often reported after consumption by females. It is believed the fertility boost may cause over-ovulation in Vibranni, but has not yet been proven. Modern ghaza herds are non existent. With the ghaza population being completely in captivity, the head of the heard is still the oldest, but is monitored and used by Kantebury officials to control the herd. When a males starts showing signs of aggression and is believed to be an alpha male, he is quarantined until the effects have passed to reduce damage to other males and himself. Thus, the “alpha male” aspect of the herd has slowly been decreased through the years. Currently, each herd has only one alpha male. As a result, the other males have experienced an increase in fertility and all yield offspring.

The alpha males are the only males who produce testosterone in large doses. This makes them the most fertile males in the herd. However, a ghaza’s pair bond will sometimes yield offspring. The pair bond will raise the child as their own.

In modern times, Kantebury officials have a strict breeding policy to monitor and secure growth of the ghaza population. All males are ensured a mating partner and produce adequate testosterone. Even some newer, experimental breeding practices have surfaced where male sperm is collected and distributed to females artificially to ensure pregnancy.