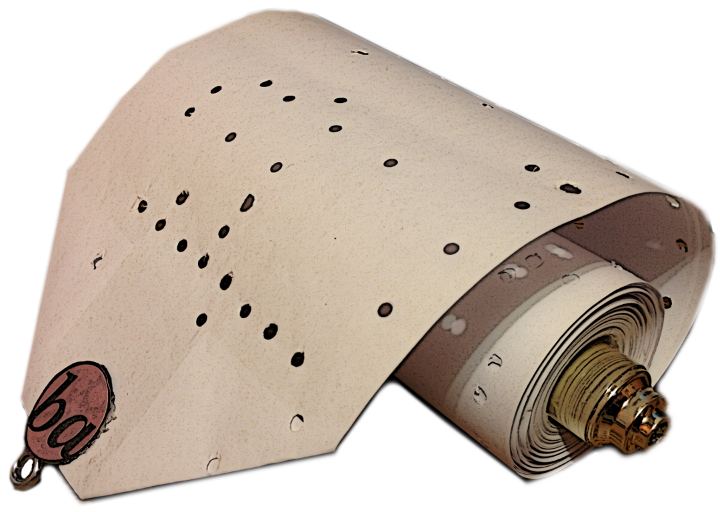 Script-scrolls can be used to define new programming for automatons.

Earlier technologies for instructing machines have been in use for a long time, such as instruction plates.

The Buford Automaton Company developed these scrolls of coded instruction as a programmable interface to their ADD Engines.

The coded instructions are written on player-piano style scrolls. Most automatons are only able to hold one script at a time, due to current size and cost limitations in the script interface design (a two script automaton would currently need a very wide torso).

These instructions are read by default, unless first instinctual programming, checked between each read of script, demands it’s code needs running.

Inspired by both player piano scrolls, and by punch card programming punch cards that were used by computer programmers from the dawn of programming and computers in the 1800s up until the 1980s.