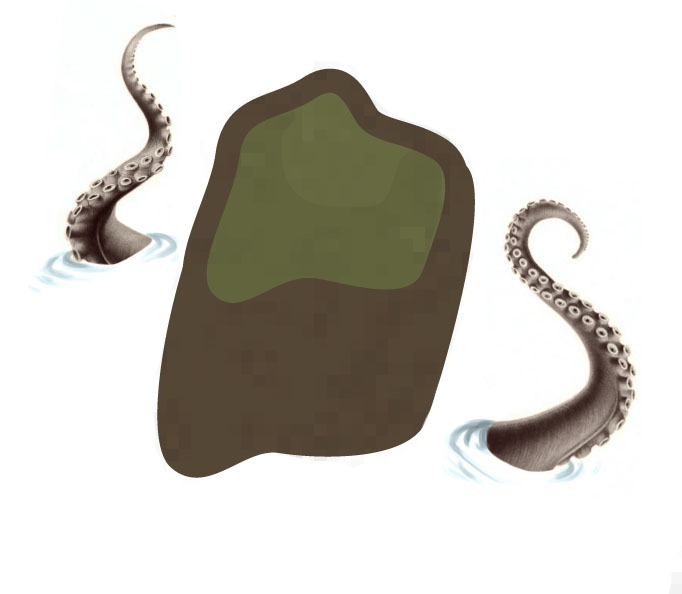 Well island is a mystical and highly feared place.

It's where creatures and objects from other, parallel, universes wash up and return.
Frightening creatures inhabit the area, making any settlement impossible and lingering uncomfortable.
The place is littered with natural glass-like containers with all sorts of giant horrors and ships.
It's also said that anything that comes from Well Island will get terribly sick if they stay past around 60 days.

The island has also been observed at different latitudes on different months: meaning that it moves, unlike traditional islands.

The universe Orr resides in is unique in the multiverse, a "perpendicular universe" to borrow the "parallel" metaphor from common depictions of multiple universes. For a more complete explanation, see this article.

This causes a few things:
†The last item is merely that anything large, such as a ship or Cthulhu travelling through the well will be miniaturized* and encased in the glassy substance made up of minerals from the water in the wells. You can also use it to encase technology that would contaminate our world too much. Travelling back through with these glass tubes can restore you to your own worlds.

*Technically, the object is not miniaturized. Instead, what is seen in the "glass bottle" is a pocket universe.