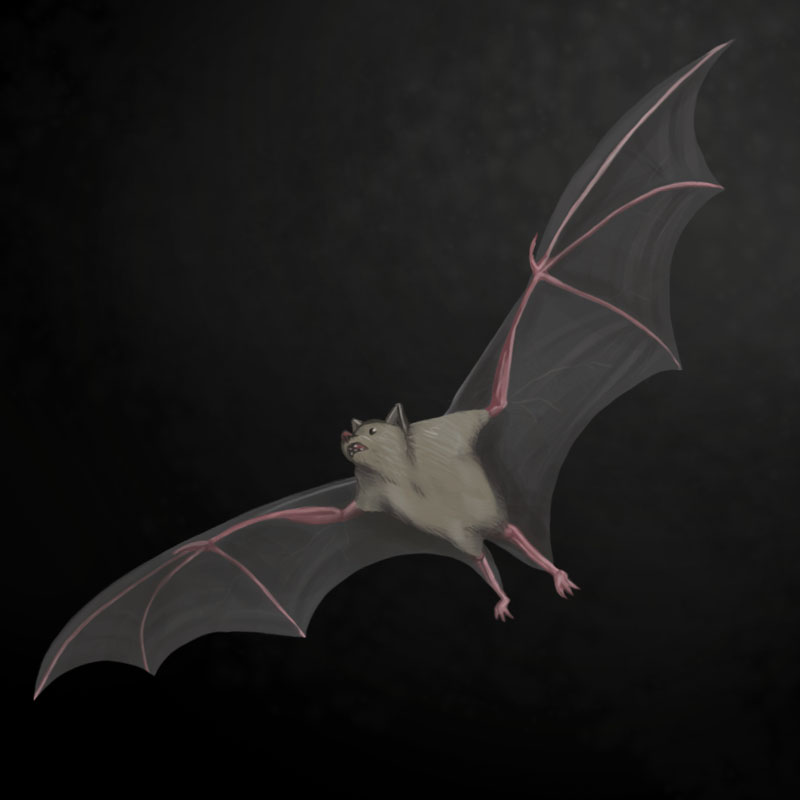 The Shield bat is the largest bat native to Antiford. Named for the dark shield-shaped coloration on their backs, these bats have a wingspan of up to 18 inches. Shield bats have poor eyesight and rely on echolocation to hunt in the dark canyons. They are covered with a soft tawny colored fur which has been used to make small purses and hats.

Shield bats are largely insectivores, feeding off of small flying insects. When young, the shield bat relies on eating small sand fleas and beetles before it can properly fly. Larger adult bats have been known to eat small scorpions or even canyon frogs. During Andrad, many bats solely eat the swarms of voro locust.

Shield bats live in large societies, typically upwards of 100 members. Most of these societies live in the caves along the Prodigious Canyon, though they can be found in small caverns in the Istoki Desert. After weening, child rearing is shared by most of the society. Young bats are carried to feeding grounds until they can fly on their own. Adults teach young bats to fly by throwing and catching them in the air.

Shield bats mate in the late Andrad. The mating rituals have been nicknamed "Playing with Food" as pairs of bats will treat large prey very similarly to young bats, throwing and catching it midair several times before mating. Sheild bats give birth in the late Dodar. Young bats begin to ween at the end of Dodar and begin to fly without help at the end of Aderford.