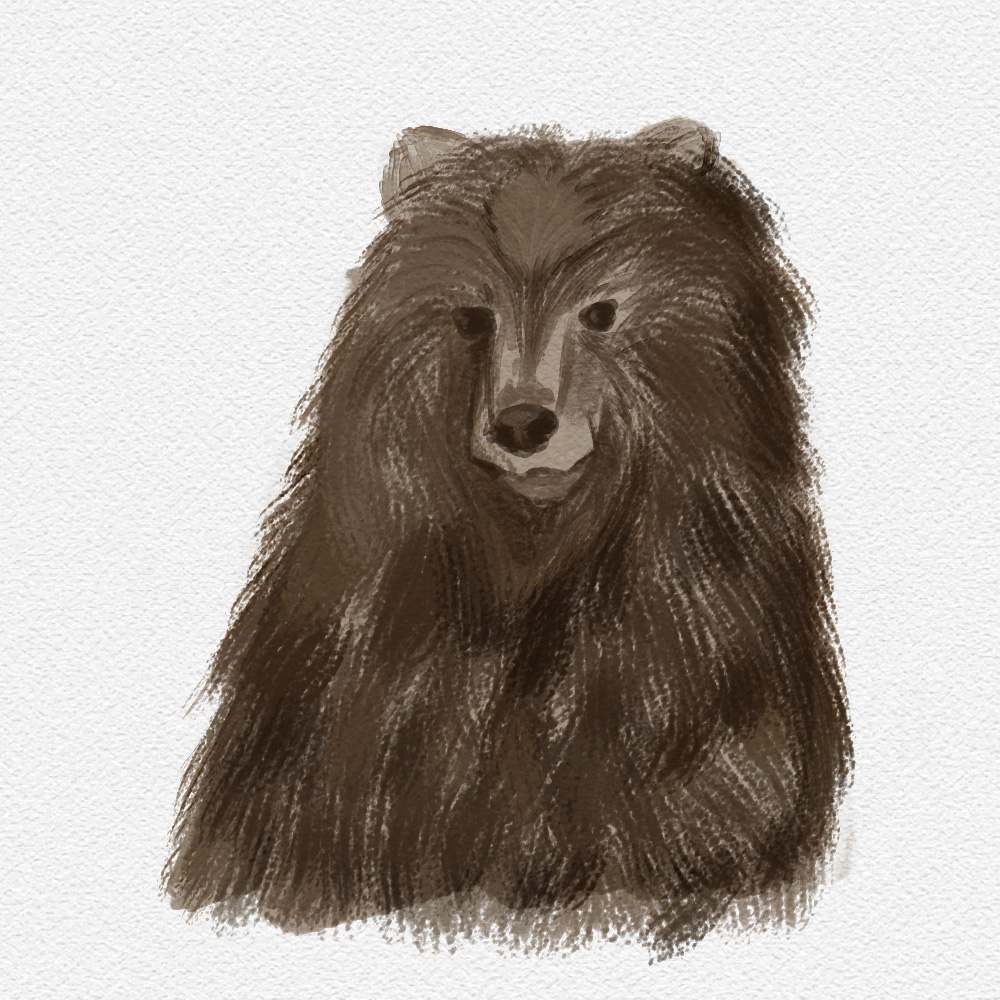 A large bear native to Titania.

When on all fours, the cave bear is approximately four feet in height. However, when upright on its hind legs, the cave bear commonly reaches nine or more. The average weight is between eight and fifteen hundred pounds.

Despite its sheer size, the cave bear is remarkably fast. It is easily able to overtake any that it is chasing, including a Vibranni Alpha. Due to their size, they are not well equipped for climbing most trees.

The cave bear is omnivorous, and will eat virtually anything that it can catch. Typically, its diet consists of fish, as well as some smaller land animals, and a large amount of plant matter, including nuts and berries.

Except for females who are caring for cubs, Moon Faced cave bears are solitary animals, however in many spots along the Storvaangroft and coastal areas, these bears will gather around bodies of water during the wet seasons to take advantage of the migrating fish.

Typically every other year, females produce one to four young. They are small and weigh only about six to eight pounds at birth. Females are extremely protective of their offspring and will attack if they thinks she or her cubs are threatened.

If there are any cubs in the litter that are undersized or sickly, the mother will often abandon the cub in order to ensure that she is better able to protect and provide for the healthy offspring. There are some confirmed reports of Yeti having raised cave bears from cubs.