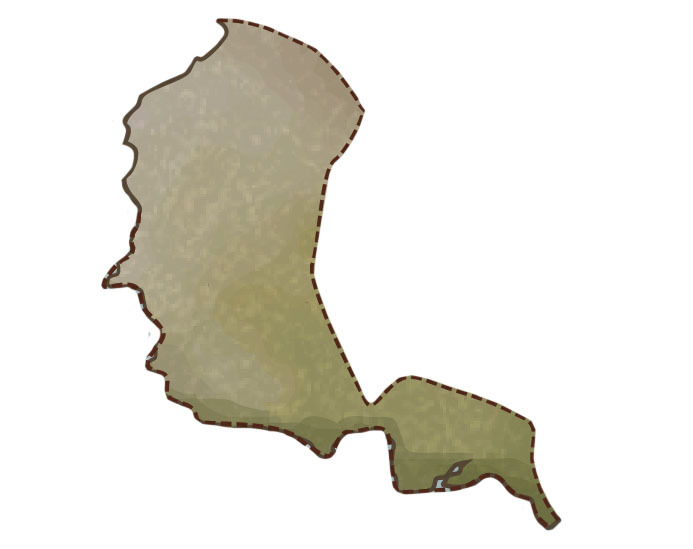 Arazian nation west of Mercia and south of the Prush Confederacy.

Prushland was declared an independent nation after the 1882 Prussian Civil War.

The land had been mostly unclaimed by private citizens before it's formation, and was therefore a hotspot for refugees and the impoverished from across the three Prussian lands.

After a rocky few years, a strong leader, Martin Stormhauser appointed himself leader and instituted martial law and a communist economy.

The nation is currently known for their exporting power.

Prushland’s main source of income is the sale of military goods to their prussian neighbors, Mercia and the Prush Confederacy.

They even sell military equipment to Orange Tribe Vibranni in exchange for land and to strengthen a de facto peace treaty with them. Often such deals result in the capture of Vibranni for the slave trade. The Vibranni slave trade is legal and widespread in this country, which is how their mining and raw material trade stays competitive.

Their raw materials are sold all over Araz and investors come from all over for their metals and oil deposits.

The nation's economy is run as one large, government-run conglomerate, with all businesses seeking strategy permission and reporting directly to the government.

People are paid enough to maintain a standard of living, but not enough to accumulate wealth.

Most citizens are at a lower-middle class standing in comparison to other nations.

Prushland is a safe heaven for spies and mercenaries looking to operate in the Confederacy or Mercia, because Prushland maintains protection without a standing army through trade agreements with their Prussian neighbors.

Only a minority have strong pride in their nation. Those who immigrate to Prushland typically maintain their culture of origin and seek to return once they feel financially stable. The irony of this situation is a common Prushland joke.