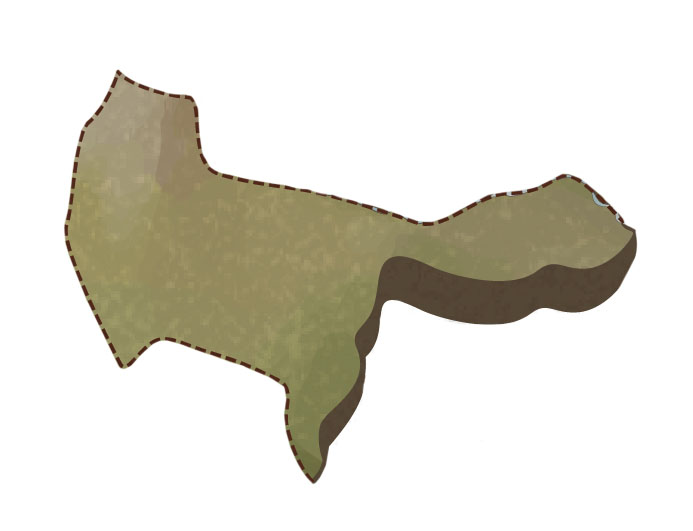 Mercia was declared an independent nation by the Technocratic faction, the Techno-Prush, in the 1882 Prussian Civil War.

Still resenting the Prush Confederacy, they place strict travel restrictions and maintain a permanent embargo against them.

Mercia has a strong nationalistic culture that promotes neighborly behavior and devotion to the country.  They have several programs promoting immigration, fueled by their growing economy and sold with their patriotism.

Agriculture is a large part of the national identity, with enough farming to create large surpluses. The use of new agricultural technology is highly encouraged. Their main exports are cattle and wheat.

The universities have yet to be built, so common citizens aren't as inventive as their leaders. This forces the government to heavily import their technological advancements from the north.

Their nationalism has led to tough talk in diplomatic circles, leading to a violent reputation. They are the only Araz nation to declare war on a Paorrian Nation. Lasting three days, and ending with the disappearance of a Mercian fishing ship; Mercia declared war on Clarusia and promptly declared it a draw.

Mercia's position on Vibranni is different from their prussian neighbors. The majority of Vibranni in the region are citizens who have given up their tribal identities, by choice or by force. Many Vibranni grew up as citizens, having been abducted and indoctrinated into human society. Citizenship, being so important, there is less prejudice from human citizens towards Vibranni who are citizens.

It is this, albeit forced, assimilation of Vibranni into Mercian culture that gave the Techno-Prussians a leg up in numbers during the civil war.

Old prejudices have allowed some discriminatory laws into Mercian society, often indirectly taxing Vibranni more, such as taxes on ritual plants. Many officers will treat their Vibranni subordinates and regimens as more expendable than their human comrades. Additionally, renouncing citizenship is a crime punishable by exile at the Confederate border.

Mercia is a republic. The highest office is the Chancellor, commonly referred to as the "Mercian Chancellor".

Vibranni are legally allowed to, and many do, hold political office. However, very few Vibranni have been elected to higher political positions.
Military

Military service is required of all citizens for a minimum of two years, unless disabled. One's performance and rank in their service is often used as a means of promoting themselves in election campaigns, as it is commonly understood and shows national pride. The military doubles as a national police force, where the soldiers serve on the "home front".

The Mercian-Empire border is the most active front for Mercia. They guard the border as if the war could break out again at any moment, digging trenches and placing men and armaments along it.

They maintain an impressive navy.

Think of Mercia as a very “’Merica, heck yeah!” attitude similar to the Prush.

Foreign Politics are handled very militaristically and very loud while domestically it is incredibly peaceful and white-picket fence and apple pie.

A lot of the visual appeal should bridge Confederate and Antifordian styles.